Yo can rather close that map danger canyon ash 27, cause its , sorry to say it open and clear, /idiots arena/.
Only fools or kids can accept to play with team-members all the time shooting at you, doing anything to sabotage the gaming for you.
What game is that?
Im 54 y.o., engineer and ex programmer, mainly playing chess and arranging chess events in Sweden until some years ago.
For me its totally unacceptable to stay in such a team.
Its totally meaningless.
A young relative asked me to play some Halo some days ago, and we mainly found players in the rubr. "server".
there was at once team-shooting from several. turning hogs over and all like that, though i was defending the base.
I remember only one nick from that day, it was --Trevor something.
We gave it up and my young relative got the same impression, that "server2 is useless.
but today just before 16.00 european central time, i was back alone to test it, and see, it was even worse.
That ---Trevor in same team as me (some symbols before i forgot) at once followed me everywhere and shot intensive.
I complained official in the game and wanted a ban to that player, i got no answer but the player quit or really got banned.
Nothing got better. After 20 seconds "Max" was starting an attack on my hog with a tank.
I left when i noticed noone took action, and ---trevor probably quit by intention.

Im happy there are other servers with a lot of maps for the game.
If the situation was not like this, i would have donated money long time ago.
No admin is not much better than an admin kicking(banning crazy without any reason.
that was my further experience 2018.

If you can not recall the players IP with nick and time, its really hopeless and worthless to play
that map/game. I experienced Ash 22 and 23 as much better, but i like danger canyon cause i played
so much in Blood gulsh from 2010- 2017 so a contrast feldt needed.

I can also publish an official judgement with trust pilot and some other portals.

This is today very bad, kids playing this learn that stupid behaviour is ok.

Adding, my english is rusty and not good as i use swedish or german in my job.
(An extra reason to visit Ashclan games was to ask for a friend in Hongkong that is disapeared.
No mails any more, not playing and so on. We made small jobs together, making english subtexts
to Chinese films.
He was a really good player - and anti china.. im really worried)
Top 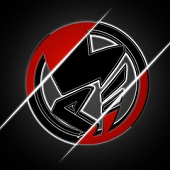 hello, thank you for the suggestions.

we know troll players are on every game, no matter the moment you read this, but we all the A§H Clan admins are working on make our servers a place clean of cheaters, trolls, AFKs and strong language-people so you and all the other players can have fun playing Halo.
On the other hand, we can’t stay 24/7 keeping an eye on the players who decided trolling because we are busy studying, working or doing other stuff away from the keyboard; so please understand us and take it easy. If you find a player cheating/trolling/AFK etc you can report them here on the forums or on our discord channel https://discord.gg/5TSNvPq

Again, thank you for your suggestions, sorry for my broken English and have a nice day.


Sent from my iPhone using Tapatalk

Thanks for an answer.
The problem returned in every game, by some reason more often in the Danger Canyon than the other maps.
When playing ASHclan 22 this evening (Swedish time) i noticed though a cheater, all the time using a tank.
He could shoot far too many shots, semt as eternal, with hes tanks, and with very short time between the shots.
I played this game now for 7 - 8 years and then i can easy notice such differences.
The nick is Flag - King.
Also there was a teamshooter, mainly shooting on own team.
I forgot the nick.

Its more or less hopeless, its a game for small kids and cheaters.
I realice that Discord is needed. I didnt want to install it but perhaps i do so.

BTW, the missed person is Ming from Hongkong, used the nick E Swat some years, very good player, and i think
he was an admin a while. Also some other nick that time around 2012 -2016 if i remember right.
Later he started as Humvee or Violet-Humvee or similar.
We changed mails every week during many years.
He was, or is, anti - China. I dont know though if he was active with that in the city demonstrations last time.
Suddenly i hear nothing, no mail, no login.
If someone knows anything, please mes me.
If he is in jail its very possible they cant use internet.
He could also be in hospital or. sorry to say, dead. Only about 30 y.o.
He had some friends in Taiwan, one of them Taiwan master in some game.
I cant get any contact with them, they have 100.000 followers or something and the language is hard.

Exuse me for this side talk.

And finally, i and my son give this up as long one cant soon get any banning action in a game with energic teamshooters.
Perhaps i try with discord later.
Now, 5 minutes ago we tried to play in ashclan27, and i stayed nor more than 1 minute.
all the time a tank in my team was teamshooting, destroyed my hog again and again and also shot on other teamers.
Red team " El exorcist"
Only kids or fools can play at such a place.
Yo will get no donations from us grown up
Top
Post Reply
5 posts • Page 1 of 1

Jump to
Powered by phpBB™ • Design by PlanetStyles
﻿