The Armored Saints of Halo clan (also known as A§H clan) was founded on August 7th, 2012 by individuals who sought separation from their previous environments to build an organization offering a fun, entertaining, and unique gaming experience for it’s members and the Halo community.

In order to maintain sovereignty over the A§H clan, the A§H clan is comprised of a meritocratic ranking system that places able bodied members in positions of power in the best interest of the clan. The clan ranks consist of the following:
Further promotions in the A§H clan are at the discretion of the clan Leadership.

To qualify as an applicant, you must be 14 years of age with Xfire installed and a valid CD key.

Applicants in the recruitment process may be required to take part in a 7-14 day evaluation period, where they're assigned a special pair of clan tags («A») and requested to show their activity and behavior to the membership committee by playing in our servers, posting in our forums, and interacting with our members. If all goes well, they will properly be inducted into the clan.

Once inducted, unless otherwise mentioned, all new members begin as a clan member under a 21 day trial period. In those 21 days, the Leadership of A§H reserves the right to remove the newly recruited member without notice or explanation.

No one may wear A§H clan tags (A§H») without formal induction into the clan by a clan leader. Anyone seen wearing A§H clan tags will be asked to remove the tags and properly apply to the clan, or further disciplinary action may be taken.

We desire fairly active members to join our ranks, but we understand when school, work, or other squabbles arise in a members daily life that can take away from their clan time for an extended period of time.

No worries, we just request our members to notify the Leadership by posting in the AFK section of the Members only forum so we're aware of what's going on and how long we can expect to see you inactive.

Failure to show clan activity after 60 days will result in removal from the A§H clan. It would be a shame to be removed from the clan due to inactivity, so we strongly encourage our members to post when they're in active so we can avoid such a dilemma.

Admins that fail activity checks will be stripped of their powers and demoted. Admins that declare themselves inactive for over 30 days will be honorably discharged by Leadership until 30 days following their return from inactivity.

The Leadership has configured an array of utilities to allow clan members and players of the Halo community to communicate and share the love of Halo with all of us. Utilities such as the clan forums and Xfire become more vital to clan members once they're inducted, and it's important each member makes use of such facilities to better coordinate with the remainder of the clan.

Our clan forums serve as the distributor of all clan information from the Leadership, so we request our members become active on our forums, post daily, and stay updated on all the latest news to prevent friction and hardship within the clan. Anything posted in the members only sections of the forums are to remain there, and not to be released unless granted permission by a clan leader.

Also, remaining on Xfire while in game is encouraged so members can be easily reached privately while they're in game so they're not disturbed in game. Xfire is required to join the A§H clan, so it's important to utilize it as a member of the clan.

We encourage all members of the A§H clan to uphold a set of standards to show each other and the players of the Halo community the true character of being a clan member. Such standards include honesty, trust, respect, commitment, dedication, and honor that we wish to see all clan members exercising in our servers, forums, and generally all around the clan environment.

By upholding these standards, we can ensure a strong bond of brotherhood among the A§H clan membership for years to come. Of course, there are some members that may struggle upholding our standards. These members will receive extra mentoring so they can continue to be a clan member.

Clan members should never handle problems between each other in clan servers, or in sight of the Halo community. We request all clan members to bring any problems to the attention of a clan leader so they can properly sort the situation out and suggest a course of action to solve the problems of troubled members.

Members are required to adhere to our server rules and code of conduct at all times. Failure to do so may result in either temporary or permanent removal from the A§H clan. The discipline of clan members is the decision of the clan leadership, although count on permanent removal if you're found cheating or committing treason to the A§H clan.

The Leadership reserves the right to edit this code of conduct at any time without notice.
Top

Any suggestions for adding or changing the beta Code of Conduct should write a contact form into the Leadership here:
http://forum.armoredsaintsofhalo.com/contact.php

All suggestions are encouraged and will be appreciated, thanks!
Crash of the Commonwealth of Virginia, by the Grace of God, Chancellor of the Armored Saints of Halo.
Founder of the Clan. Panther, Gator, and member of the Tribe.

"They have every utility to do nothing, and we have no utility to do everything." -A§H»Crash
https://www.youtube.com/watch?v=TdN5GyTl8K0

I don't wanna be someone who walks away so easily
I'm here to stay and make the difference that I can make
Our differences they do a lot to teach us how to use
The tools and gifts we got yeah, we got a lot at stake
And in the end, you're still my friend at least we did intend
For us to work we didn't break, we didn't burn
We had to learn how to bend without the world caving in
I had to learn what I've got, and what I'm not
And who I am
Top

Nice, seems that there isn't much to change so why the beta part?
Bot Catches: 7

Those are very reasonable rules of conduct that leave little room for doubt.
It's better to be tried by twelve than carried by six...
Top 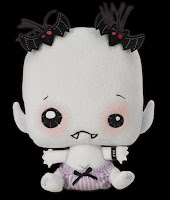 This is an excellent set of rules but this is somewhere in the later stages near to the final product instead of a beta! :thunbsup
MY PREVIOUS NAMES in Order: =CE=Giuli/=CE=Methane/=CE=Femmie/=CE=Truth/=CE=Giuli/=CE=Romance/=CE=Giuli/
=CE=Femmie/=CE=Areola/=CE=Auréolä/Giuli/GiuliLuvsMinecraft/-CE-Giuli

Only question mark for me is this part in the recruitment section:

Once inducted, unless otherwise mentioned, all new members begin as a clan member under a 21 day trial period. In those 21 days, the Leadership of A§H reserves the right to remove the newly recruited member without notice or explanation .

I think if the leadership notice's some behaviour that is undesirable they should inform the person to give him/her the chance to better themselves , as the person might not be aware that he/she is in the wrong.For example : cultural influence's , like , we Dutchy's can act really rude towards people we like and say things that an American might find very insulting.
If you're not told, how should you know.
If they keep it up, well, then it's there own fault.
See you in the Haloverse, but hey, don't run, you'll just die tired!!

Rules and moral are straight forward and clear. No need for addition. If a person asks for the leaders to clear up a problem with the code then they might have to just the code then. But until then I believe it is perfectly fine.
Spartans take them down!!!
Top