So you've been banned? What a shame, let's see if you're worthy of our mercy. 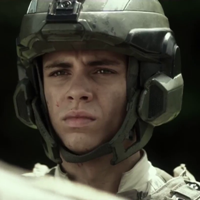 Name: as username
Date of ban: 4/25/20
Server: 192.223.26.251:2327
Other names you use: None
Why do you believe you were banned: I have no idea... I can only think that because I used F7 to catch someone walling, but I was not aware that it was not allowed if its not. The one I was watching was banned by sommeone as well, what was I banned for?
Were you temporary or permanently banned: I have no idea.

Talk about leaving a bad taste in someones mouth.

I even ask if it is not allowed before I was banned with no reply to my question. And I live streammed it too. I am sure the logs will show this though.

Please fill out this small form and post it in your unban request thread, and the Leaders will review it and get back to you as quickly as possible.
Top 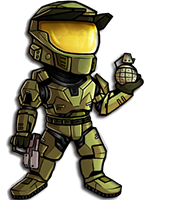 You have been banned by me for 1 day from server # 27 for insulting players and using F7. To avoid having another problem on our server, I recommend that you read our rules of the game:
http://theashclan.org/server_rules.php

Thanks for allowing people to cheat by the way.

You never said anything about not being allowed to used F7. You only asked if I used it.

Personally, I believe that was just a reason you had to ban me.

Also, to be clear, I dont use F7 to "cheat" unlike some players, I use it to catch cheats, you seem to be implying that I was using it to "cheat" here. What you did was unprofessional and uncalled for. There were a lot of cheats in there and you allowed all but one to get away with it. For example, people getting headshots from behind a wall, and somehow knowing exactly where I am when radar is not on, and yet, for some reason, they were all allowed to continue playing.

You asked me if I used F7, and I replied yes, and I actually caught him cheating red handed. You said nothing about it not being allowed, EVEN when I asked if it was not allowed, you just banned me. You were unfair, and unprofessional. Had I known it was not allowed, I would not have used it. Of course having ONLINE admins helps as well.

I believe that this ban was a deliberate and malicious troll on your part, and was uncalled for.

I am aware that I have had some bad times, but you just cannot seem to help doing it.
Top

I think you didn't understand. Using F7 on our servers is prohibited, this function is only for members of our clan, you worry about playing, while administrators deal with cheats. You also insulted the players on our servers, if you keep breaking the rules of our servers, you will be banned permanently. Behave like a good guest next time.

I am of the view that you are DELIBERATELY ignoring my points here...

I asked you if it was allowed, and you did not respond, just banned me. You are unprofessional, and you are abusing your powers!

You only used it as a reason to ban me, as you had nothing else, only the fact that I was getting frustrated at cheats who YOU allowed to play. Starting to look that ASH is like BK, allowing cheats to play with impunity while knowing that more than one player is calling those cheats out.

Your malicious and vexatious actions left a bad taste in my mouth, and I will not be returning to your servers if you single one player out for unfair treatment, as you did in my case.

Using F7 to catch a waller to report here was in my view allowed until you acted like a bully and banned me for it, even though I was not aware that it was not allowed. YOu never said it was not allowed either, in fact, you did not respond to me at all except with a malicious and vexatious ban.

So equally, YOU dont understand either and are deliberately ignoring my points in my last post. You only want to see it as you see fit, and use. Moreover, it took you a full 24 hours to answer me. did you use that time to carefully craft a reply to me, to make it look good on your part?

So "James Blair", here is proof, of your unprofessionalism in this case...

OK, thank you all. I will adjudicate from here. Locking this thread. I will reach out individually to all involved parties.
Crash of the Commonwealth of Virginia, by the Grace of God, Chancellor of the Armored Saints of Halo.
Founder of the Clan. Panther, Gator, and member of the Tribe.

"They have every utility to do nothing, and we have no utility to do everything." -A§H»Crash
https://www.youtube.com/watch?v=TdN5GyTl8K0

I don't wanna be someone who walks away so easily
I'm here to stay and make the difference that I can make
Our differences they do a lot to teach us how to use
The tools and gifts we got yeah, we got a lot at stake
And in the end, you're still my friend at least we did intend
For us to work we didn't break, we didn't burn
We had to learn how to bend without the world caving in
I had to learn what I've got, and what I'm not
And who I am
Top
Locked
6 posts • Page 1 of 1