Post for anything in the forums that dosn't belong anywhere else. Not the place for spam.
Post Reply
138 posts

Two leading members of the Dutch Republic where murdered on this day. The brothers de Witt where lynched and mutillated bij opponents. There are strong indications the
family of orange at least knew of the plans, but it's more likely they where involved.
This event lead ultimatly to the ending of the Dutch republic.
The family of orange eventually became the royal family.....nice bunch

Today, on May 14th , 1940 the German army bombed the centre of the city of Rotterdam.
The Germans had invaded The Netherlands on the 10 th of May and had taken a large part of the country.
However, on a few key locations, the under equipt Dutch army managed to put up some stiff resistance.
One of these places where the bridges across the Maas (river Meuse) in the centre of Rotterdam.

Unable to get across, the Germans, under direct orders from Hitler, treathened the defenders with a heavy aerial attack.
Kurt Student , the German commander had asked for Stukka attacks. These where in general preciesion attacks , however it was decided to use the Heinkel HE 111.
This plane was used for carpet bombing.

As negotiations between the Dutch and Germans where drawn out the German commander later claimed he tried to reach the bomberwing to delay the attack.
Unfortunally , the planes used special aerials for long range communicatios that had to be realed in for an attack.
So, around 13:30 the centre of Rotterdam was bombed.
This caused massive loss of life, around 880 people where killed and many others wounded.
The old centre was completely destroid.

There's ongoing contrversy about what exactly went on, the Dutch have always claimed that they did in fact surrunder before the bombing started .

The Germans threatened to bomb the city of Utrecht next if the Dutch didn't surrender.
As the Dutch airforce was non existing at this time the Dutch gouvernement decided to surrender to the Germans, as any further resistance would leed to massive
loss of civilian life without any tru hope of succeding to beat the German army.
Top

75 years ago Operation Overlord started. Also know as D-day . The attack on the beaches of Normandy was the largest amphibic assault in history.
It ultimatly sealed the fait of Nazi Gemany en was the beginning of the libaration of Europe.
Top

This year it will be 75 years ago the libaration of The Netherlands from the German occupation by nazi germany started.
I'll try to give a week by week report of the progress.( if any).


After months of fighting the German forces through France and Belgium, the Allies are getting ever closer to the borders of The Netherlands.
German troops are digging in along the Westerschelde river estuary.
This in an attempt to denie the Allies acces to the port of Antwerpen (Belgium).
If the Allies succeed in breaking through to this port the war is definatly lost. For now, men and materials are still brought over to France via the artificial Mulberry harbours at Normandy.
Longer travel by sea and , after landing, to the frontlines is a serious limiting factor for the Allied commanders.

Other places are the river Meuse and, ofcorse, The Rhine.

In The Netherlands, meanwhille, hope and tension are steadely rising, as is German oppression.
Top

On September 5th, rumors reach fever pitch in The Netherlands. In the last day's Brussels and Antwerp were liberated and people in the south had heared the artillery coming closer.

A , misinformed, radiomessage from the Dutch gouvernement in exile strengtened these rumors.

What the people didn't know was that the allies only caught a fairly narrow piece of Belgium, concentrating on getting Antwerp.
Getting into The Netherlands wasn't a priority, yet.
Amazingly , they had not realised that , to reach Antwerp from the sea, they needed to occupy the South-West of the Netherlands to.
The mouth of the Westerschelde river is in the Netherlands and the germans had mined this part of the river. Also, heavy guns and fortifications, controlled this area.
Parts of the region where inundated to force attackers unto the narrow dikes. Clearing the germans from these positions was no easy feat.

Then, throu out The Netherlands, Germans and collaborating NSB members panicked and fled in the thousends, people got into the streets and squares to celebrate..... but no allied soldiers appeared.
In the next days the German command restorred order among the German soldiers and the people hurried from the streets.
Several "onderduikers" ( people who were hidden by others) were caught and executed.
Also, people who had attacked NSB members were arrested and some shot.
This day became later know as " Dolle Dinsdag", " Mad Tuesday".

The following day's it became clear the allies weren't coming, they focussed on cleaning up Antwerp and clearing the banks of the Westerschelde.

It would be day's before the first Dutch village was liberated and , bad as the occupation had been, worse was to come,in particular for the urbanised western parts.
Top

Finally, on the 12th of September, the first village in The Netherlands ,called Mesch, is libareted.
It's a small hamlet in Limburg.
Limburg is the most southern province of The Netherlands and , like Florida in the USA, looks like it hangs down from the rest of the country.

Meanwhile, Antwerp harbour is still
un-usable, as the Westerschelde is still controlled by the German army.
A plan by fieldmarshall Montgomery is being prepaired to surprise the Germans, which might make taking this heavely fortified erea not needed.
For now, all material and personel reinforcements still come via Normandy.
Top 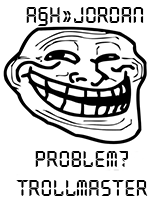 In England preparations are nearing completion for operation Market- Garden.
The combined assault of paratroopers and groundforces to capture the Bridge over the Rhine at Arnhem.
Tonight the first planes and gliders will depart to the rivercountry of the Netherlands.
I've posted about this battle before:

Operation Market Garden is fought to gain the bridges of Nijmegen and Arnhem.
This is one of the biggest battles fought in the Netherlands in the second world war, if not ever.
Unfortunately, due to bad planning ( the para's where dropped way to far away from the bridge) and unexpected heavy German resistance (a SS panzer-division was stationed near Arnhem to recuperate)
this operation turned into a disaster.
Dutch resistance had reported the presence of this division but somehow this information got lost or wasn't considered trustworthy.

Also , parts of the landscape through which the ground force's had to move to back up the para's was utterly unfit for a quick progress.
Being the Dutch river country, all traffic had to move along the river dikes, flanking maneuver's where
impossible because of the wet, low lying grounds at their sides.
A determined defense could hold the whole column with relative ease..
All this lead to the failure of reaching the ultimate goal...the Arnhem bridge .


Every year the're several commemorations (don't know if this is the right word) to honor the brave
soldiers who fought this battle.
This year it's done on a large scale as it is the 75th anniversary of this battle.

As the allies slowly liberate village after village they reach Terwinselen, a suburb of Kerkrade.
There's an important coalmine here but the reason I mention it, is it's also the place where my grantparents and my dad lived.
The street where they lived slopes down towards the railwayline from the mine to the rest of the railways.
At the end of the road there's a tunnel under this railway, hence the name of this road :
"oude tunnelweg"
( old tunnelroad).

Unknown to the villagers and allies, german soldiers have laid an ambush, hiding behind the, raised, railway bank.

As the allied forces drive down the road towards the tunnel, people leave their houses and greet the allied soldiers.
When they're about half way, the germans open fire and panic spreads.
The allies return fire and , after some time, succeded in driving the germans off.
Several civilians are wounded and , at least , one was killed on litteraly the last day of occupation.

Fortunally, neither my grand parrents ,nor my dad and uncle where hit.

Higher up north, the para's have taken one side of Arnhem bridge and heavy fighting between them and the germans continus.
Allied groundforces are trying to get to them as quick as possible but stiff german resistance keeps slowing them down.
Top

As a reminder of the effects the war had on The Netherlands, earlier today in
's Gravendeel , a village about 15 miles from my home, 200 landmines where found as a trench was dug for a new drainage pipe.

Return to “Off Topic”