Post for anything in the forums that dosn't belong anywhere else. Not the place for spam.
Post Reply
139 posts

You're welcome.
There hasn't been much else being going on for a while in the Netherlands but the allies have crossed the Rhine in the eastern parts of the country and are now heading up North.
Avoiding the the bigger city's in the Western parts they move along the Eastern border and try to cut of the german army from their route back into germany.

More to the South-east , the main allied attacks are now moving out of the bridgehead, formed at Remagen.
Strong rumors of large numbers of ss troops gathering in bavaria and austria's alpine region , the so called alpenfestung
( alpine fortress) have raised many concerns.
The example of Switzerland, the only country in this part of Europe not to have been captured by germany, due to the geographical situation ( high mountains and only few accesse points which were heavely defended) are a nightmare for the allied commanders.
A large army of well trained troops, like the ss, could prolonge the war in Europe with months, if not years.
Trains and convoy's are moving towards the region from all parts of occupied Europe, giving credence to the rumors.
It turned out later that most of these transports moved stolen art and valuables, more than troops. But many high ranking nazi's where , indeed, heading this way, preparing to escape.

In the East, the sovjet onslaught is kreeping towards berlin . The civilian population suffers heavely under the sovjet soldiers.
Rape, murder and other abuse is wide spread. After the brutal german occupation with millions of people dead, the avarage sovjet soldier feels little emphaty for the german people.
Where on the Western allied side dicipline is kept , the situation in the East is different.
Stalin has ordered that anything of value is to be taken and no mercy is to be given.
And take is what they did, up to the toilet bowls...
It's easy to condemn this but the russian people have suffered far worse under the nazi occupation than the people in the west, as they where deamed
" untermensch" by the nazi's.
Were the western country's where "mearely" occupied, the destruction of the slavic people was part of the plan for the East.

And so it is, with no more real options left for the german army ,hitler keeps on giving orders to attack, refusing to consider surrender, planning to take the german people down with him.
The german troops in the East fight hard to slow the Sowjet advance, partly because they know what awaits them if they surrender to the sovjets, partly to give the people a chance to move West, avoiding to fall into sovjet hands.
Germany is on it's last leggs and any normal leader would have surrendered, alais hitler isn't normal and beliefs the german people have failed him and deserve to go down with him.
And so, the suffering continious.
Top

On this day, the American soldiers got their first glimps of the horrors of the concentrstion camps, as they liberated ohrdruf.
This was a subcamp of buchenwald, one of the oldest and biggest camps within the
, original, german borders.
As had happened in the other camps, the germans had forced the prisoners on a forced march, away from the aproacing allied forces, killing those who couldn't keep up, but many who where to ill and those who wherevdead had been left behind.
buchenwald itself would be liberated on the 11th of April.

The Allied commanders would force german civilians to visit the camps to confront them with the horrors and use caputered ss members to burry the dead.
There are several reports of guards being ripped to pieces by former prisoners or being shot by allied soldiers.
Most of them, however, were arrested and would face a military tribunal.

In the Netherlands , the allies ( mostely Canadian) kept moving towards the North.
Liberating more and more Dutch villages and towns.
Top

Later this day , 2 Canadian soldiers will go on a recon mission into the town of Zwolle, in the northeastern part of the Netherlands.
They are friends and the death of one, Willie Arsenault, will drive the other, Leo Major, on a one man rampage.

Quit early on , Willie gets killed in a firefight and Leo , deciding to go on will
, litteraly, free the city
of Zwolle single handedly.

He causes much confusion throughout the night, caputre dozens of german soldiers and convinces an officer that staying in Zwolle would lead to many unneccesary deaths of both german soldiers and civillians, as the Canadian troops are planning to bombard the city before entering.
After this he gave the officer his gun back as a token of his good faith.

He proceeds to attack
on random places in the town until he discoveres the gestapo headquarters and sets it on fire, proceding to the SS headquarters and killing 4 of the 8 officers present.
He comes in contact with members of the resistance, who tell him the germans are leaving the city.
Finally, he returns to his unit.

The next morning, the german army had , indeed, redrawn from the city and the bombardement was cancelled and the town was free.

Leo received a high decoration for his actions.

Later a street was named after him and he became an Honorable Citizen of Zwolle.
Top

Today, final preparations are made for operation Manna and Chowhound.
After extensive negotiations , the allies have gotten permission from the german command in the Netherlands to send bombers, loaded with food aid, to the starving Dutch population .
Tomorrow, the English airforce wil start with droppings near Rotterdam and The Hague.( operation Manna)
The Americans will drop the aid further North, towards Amsterdam and Utrecht.
In the comming days they will drop around 11.000 tons of foodaid.
They will make over 5000 sorties in this time.
This , in combination with the earlier mentioned Swedish aid by ship, finally broke the , so called, hungerwinter.
However, many people would never fully recover from the damage the famine had done to their body's.

Meanwhile, the allied troops ( mostely Canadian) are moving ever further up North.
The german forces in the Western parts of the country are getting more and more cut off, this probably had a hand in the german approval for the aid, as it was obvious they would be soon trapped.
Also, the german commander Blaskowitz ( of all names

)had a bit of a history of acting against hitlers orders.
Top

This is the final post in theis tread about the war in the Netherlands as:
Today, May 4th, the german army in North-west europe surrenders unconditionally to the western allies.
Hitler had commited suicide on April 30th and the , already, dwindeling moral of the german troops had plummited.
There was nothing left to fight for...

May 5th, 08:00 hours will be the official end of hostlilties in the Netherlands.
However , around 160 civilians and 60 german soldiers will loose their lives in the comming day's, even after the war ended.
This was , mainly, to blame on the "Binnenlandse strijdkrachten" or B.S. , ( "Inland Fightingforce" ).
This militia was set up by the Dutch resistance and gouvernement in exile to take on policing duty's after the german surrender.

It was specifically agreed in the surrender agreement that german troops would ONLY surrender to the allied troops and not to civilians.

But out of ignorance, arrogance or exitement, the B.S. , on ceveral occasions, tried to disarm german soldiers and they resisted.
They knew the civilians wouldn't be to friendly to them and wouldn't let that happen.
So, in the ensuing firefights many people lost their lives ,as said before, after the war had already ended.
But after a couple of weeks, all german troops had been disarmed and interned, the war in Europe was finally over

The Netherlands are free again, but the damage is enormous, a large part of the Jewish community has been murdered and many people
have lost loved ones and house and harth.

In the Pacific , the war will go on for a couple of more months, until on August 6th and 9th ,2 atomic bombs , finally, bring japan on it's knee's.
The most costely war in the history of mankind has come to an end and leaves the world in ruins, millions are dead and even more are homeless and on the run...


It will take many years to heal the wounds this war has caused.
It's now a tradition for the Dutch people to place the flag at half mast on May 4th and , at 20:00 hour , there's a 2 minute silence to commemorate the fallen .
On May 5th , we celebrate "Bevrijdingsdag"( "Liberation Day").
Top 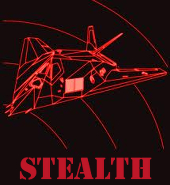 Vox, thank you so much for the extremely informative lesson on the effects of WWII on the Netherlands! I really enjoyed reading the play-by-play that you gave, and especially how you gave it in real time. Such a great read!
Personal High Score: You're welcome, thanks.
Top

On the 13th of May, 2000, Roombeek, a neighborhood of the Dutch city of Enschede was utterly destroyed by a hugh explosion.

A storage facility for , profesional , fireworks had caught fire.
Around 3 pm, it started in one of the wharehouses on the location. It contained
ca 900 kg of fireworks. Outside this wharehouse there where 3 , illegaly placed, shipping containers which where also filled with fiteworks.
Firefighters could not prevent that one of these also caught fire and , sometime later, it exploded.
This lead to a chain reaction of explosions which eventually set off the main wharehouse, this contained 177 tons of fireworks.
This explosion was the biggest in the Netherlands since WW2.
Roombeek was virtually destroyed and 23 people where killed and over 950 injured .
The bang was so loud, it was heared over 60 km ( about 40 miles) away.

At first, it wasn't obvious how much danger there was, lots of people where watching the fire.
At around 1:40 into the video , the first, smaler explosions start and then, at around 3:30 the big one happens.
Fortunally, due to the smaller explosions that happend , people fled and created distance , had the big one come first the casualtys would have been far worse.
Top

I don't know if anyone is interrested but Netflix has put a Dutch movie about the battle of The Westerschelde in it's programming. The English title is The Forgotten battle.
It has , ofcorse, a lot of dramatisation.
However , it also gives a good impression of the difficulties of the terrain and the horror of the battle.
In the Dutch version everyone speaks in their own language, so Dutch speak Dutch, English speak English and Germans, German.
I have no idea if the English version does do this also.
Top
Post Reply
139 posts

Return to “Off Topic”